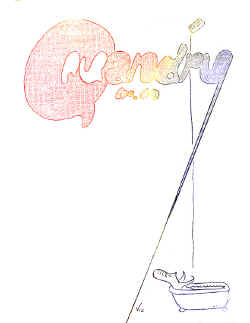 Quandry was a science fiction fanzine that was published by Lee Hoffman in Savannah, GA, U.S.A.

Quandry was considered to be the defining fanzine of its period. It was produced on a mimeograph machine and ran for 30 issues, from 1950 till 1953. The last issue was guest edited by Charles Wells, editor of Fiendetta.

There were compilations of Quandry, one in 1960 by Robert Lichtman and two in the 1980s by Joe Siclari.