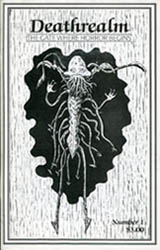 Cover art on issue #27 by Ian McDowell caused that issue to be banned in Canada, for art work that was "too disturbing", according to Lawrence Watt-Evans, writing on the Deathrealm website.