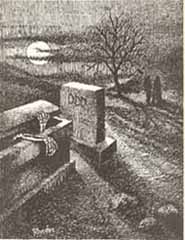 The first issue appeared in 1949 and released till 1962. ODD was revived in 1966 and ran again till 1969. At least 20 issues of the fanzine were produced, of which the highlight was frequently the art work of a number of artists that contributed. ODD was nominated for a Hugo award in 1968.

In sf critic Rob Latham's article "Fanzine Research", in the April 2008 issue of el,, he wrote of ODD, along with Hank and Lesleigh Luttrell's Starling and Susan Wood's Aspidistra, that they were, "vehicles of antiestablishment attitudes virtually indistinguishable at times from the contemporary underground press.” He cites these fanzines as examples of sf fans seeking "...to bring sf into dialogue with a larger universe of discourse and action—rather than, as elitist snobs sometimes suggest, looking to “escape” from the real world into aimless fantasy."

In 1969, Joyce began working with Sue Robinson and Pam Janisch on the fanzine What About Us Grils?. In the 1970s she published the fanzine Potlatch; with Arnie Katz, FIAWOL; and with Arnie Katz and Charlene and Bill Kunkel, Four Star Extra. She returned to zine publishing in the 2000s with Hard Science Tales .