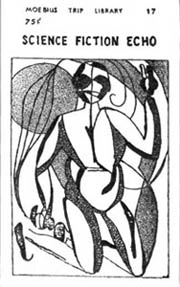 Interviews with Robert Bloch and Joanna Russ were featured.