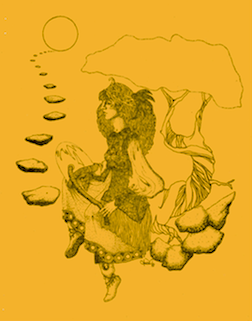 Released in Edmonton, Alberta, Canada, the first issue appeared April-May 1981. The stated goal of the fanzine was to be a national newsletter and was constituted as a revival of the 1940s-1950s fanzine Canadian Fandom. The last issue, #8, was published October 1985.