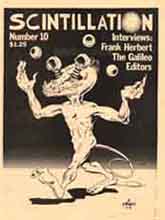 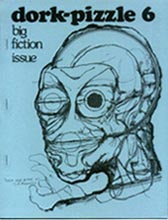 Scintillation was a science fiction fanzine by Carl Eugene Bennett.

Scintillation was published in Portland, Oregon, U.S.A. in the 1970s. It was originally titled Dork-Pizzle. The first issue under that name appeared August 1975. As of the seventh issue it was retitled Scintillation. 13 issues were released in all, the last in June 1977.

Also included is an interview with Frank Herbert by Daniel DePrez.

The Locus Awards of 1977 listed Scintillation as one of the top ten fanzines of 1976.