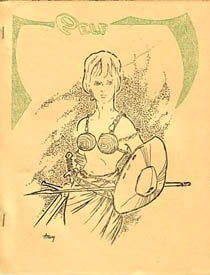 Contributors included Robert Couslon (Yandro), Dave Locke, Milt Stevens, Bjo Trimble (Melange), and Harry Warner, Jr. (Horizons), with the article, "Most Of My Days Before Yesterday", writing about the story behind his book All Our Yesterdays.