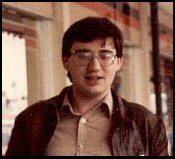 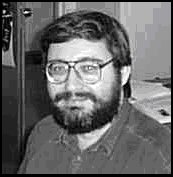 Martin Tudor circa 2004 (from the Novacon 34 programme book, photographer unknown)

His general-distribution fanzines include Empties (which began its life as an apazine, distributed via Apa-B) and Critical Wave (1987-1996, with Steve Green). Tudor's dispatches from the United States during his 1996 TransAtlantic Fan Fund trip were later collated as Have Bag, Will Travel; earlier fanzine articles had previously been collected by Bernie Evans as The Tudor Dynasty, sold to raise money for TAFF. During his term as the fund's administrator, its newsletter adopted the title Tafflon Tudor.

In late 2008, Tudor and Green decided to relaunch Critical Wave as an online newszine.