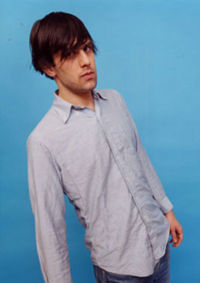 While in his teens in Mississauga, Joel Gibb started publishing his first zine Glamour Guide For Trash. Four issues were released during this period in the 1990's. The zine was focused on independent alternative rock, pop, and punk bands of the period and included photos of live concerts, interviews with bands, and reviews of recordings and shows. Pages were also devoted to zine reviews and news about the local zine scene, including "The Zine Editors Dinner Party", arranged by Gibb, which brought together seven local zine editors.

With co-editor Karen Azoulay, he also put out Tops and Bottoms, which travelled across North America on the Mobilivre-Bookmobile zine tour.

Joel Gibb is also the lead singer and songwriter of the band The Hidden Cameras, who have toured around the world and released four full-length CDs and a number of singles. One of the notable songs from their first CD is "Fear of Zine Failure", about the nervousness of a first time zine editor wondering what his zine idols will think of his zine.