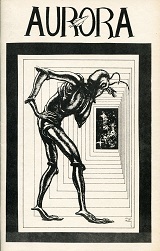 The first issue was edited by Victor Dricks and published in March 1974.