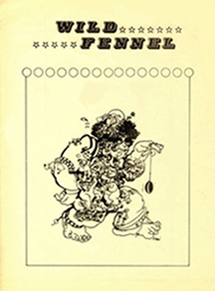 Wild Fennel was a science fiction fanzine by Pauline Palmer.

Wild Fennel came from Bellingham, Washington, U.S.A. It was published in the 1970s, with the last issue released in September 1978.

Peter Roberts, in his Checkpoint #94 of February/March 1979 review, says Wild Fennel is an "Attractive & distinctive genzine."