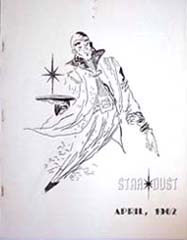 Star*Dust was a science fiction fanzine published by Bill Bowers in the U.S.A.

The first issue of Star*Dust appeared in April 1962.

Bill Bowers later went on to do Outworlds fanzine.