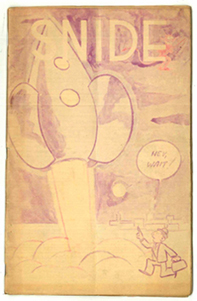 The first issue appeared in May 1940, and ran to 40 digest-sized pages. A 2-page version, numbered 1A, was distributed with the Denventioneer combozine in early 1941.