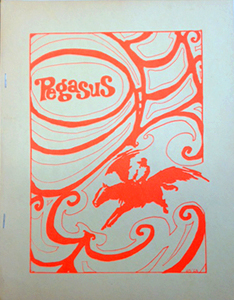 Pegasus was a science fiction fanzine by Joanne Burger.