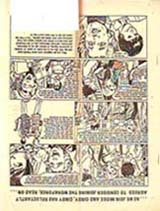 Fuck The Tories was first released in the 1980s. The editors described themselves as a "Tricontinental Revolutionary Fanzine Commission" (Hanna, for TAFF, 1985), with Valma Brown and Leigh Edmonds representing Australia; Judith Hanna and Joseph Nichols representing the UK, and Terry Hughes, the U.S.A. Later on, Valma Brown, Leigh Edmonds and Terry Hughes left and, by 1990, Dave Langford, editor of Ansible, and Dave Mooring had joined up in their place. Fuck The Tories saw 21 issues released, and was published until 1996.

Terry Hughes was the Guest Editor and Publisher of Science Fiction Five Yearly, and had previously published Mota from 1971 to 1980.

Fuck The Tories won the Nova Award for Best Fanzine in 1990.