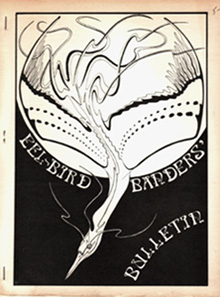 Published in Brooklyn, New York, U.S.A. in the 1970s, it is devoted to the original television series, Star Trek, and the original Star Wars film.

The first issue was released in July 1977. It is 54 pages, and features poetry, art work, articles, humor, and essays.

Art work was by Gordon Carleton, Monica Miller, Pat O'Neill, and Cara Sherman. The front cover is by Bev Zuk, and the back cover by Pat O'Neill.

Artwork is contributed by Gordon Carleton, Susan Crites, Joan DeMott, and Pat O'Neill. The front cover is by Bev Zuk, and the back cover by Pat O'Neill.

The third and last issue was a single novel devoted to Star Wars characters.