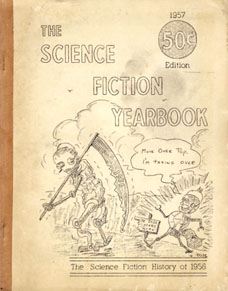 The Science Fiction Yearbook 1957 was published in Paterson, New Jersey, U.S.A. It was a popular release and had two printings.