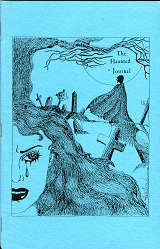 The Haunted Journal was the official publication of Dracula and Company. It was edited by Sharida Rizzuto, Thomas Shellenberger, and Sidney J. Dragon, and published by Baker Street Publications of Metairie, LA, U.S.A.