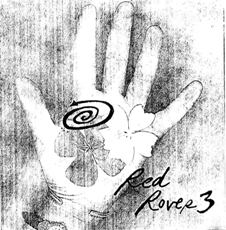 Red Rover was a zine created by Jen Smith.

Jen Smith is the editor of a number of zines. Red Rover was published in the early 1990's in Washington D.C. It varied in format from issue to issue but remained a cut and paste, photocopied zine. Topics included everything from fixing a car; a story about being in the Pittsburgh airport on the 28th of July, by Melissa Klein; how to play the 'shell game'; to an account of Miss Ida B. Wells, writer and anti-lynching campaigner of 1893. In Red Rover# 2, Jen introduced the idea of the 'Lo-Fi Underground' to talk about the DIY projects and bands she and her friends were involved with, such as Donna Dresch's first Chainsaw cassette tape; Tim Green's "Embassy Tapes"; the bands Slant 6, Lois, and Getaway Car; and movies by Greta Snider, Sadie Benning and G.B. Jones. This idea later spun off into a little one-off zine called Another Lo-Fi Xtravaganza where Jen talks further about the Lo-Fi scene, including her band Rastro! with Donna Dresch.

Red Rover was dedicated to the idea of making your own scene all it could be. Issue number three came in the form of a personal letter addressed to the reader that speaks of the strategies of resistance we need to live our lives. "Viva Yr. Scene" says Red Rover.