Inside The Old House 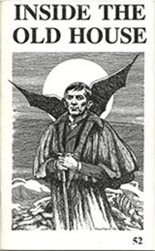 Inside The Old House is a fanzine devoted to the television programme Dark Shadows published by Old House Publishing and edited by Dale Clark.

Included in issue 64, from March 1999, is an interview with Jonathan Frid, by Nancy Kersey.