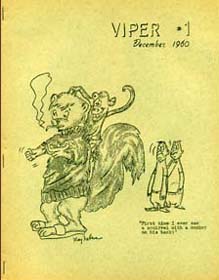 Viper Issue 1 Cover Art by Ray Nelson (caption:"First time I ever saw a squirrrel with a moneky on his back")