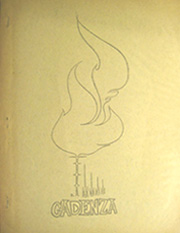 Cadenza was a science fiction fanzine published by Charles Wells and Jane Wells.

Skyrack #46, from October 1962, reviewed Cadenza, saying,"CADENZA 6 just in from Charles Wells with the first ChiConReport to appear, and a jolly fine and interesting one, too."