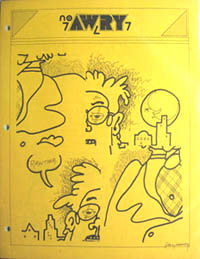 Dave Locke had earlier published the fanzine Phoenix, as well as Pelf with David Hulan in the 1960s and 70s, Shambles with Ed Cagle, DAGLocke with Dean Grennell, and Gallimaufry with Jodi Stopa in the 1980s. His most recent publication was Time and Again.