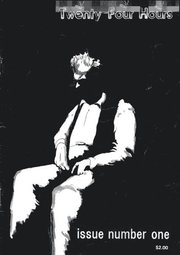 Twenty-Four Hours is a literary zine put out by Josh Medsker starting in 2001. He began the zine in Japan, then moved to Austin, TX., and then New York City.