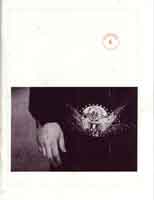 The Kingsboro Press is a zine based in Brooklyn, NY., U.S.A.

The Kingsboro Press has also produced several shows at independent galleries, most recently collaborating with West Street Gallery in New York and Open Space in Baltimore.