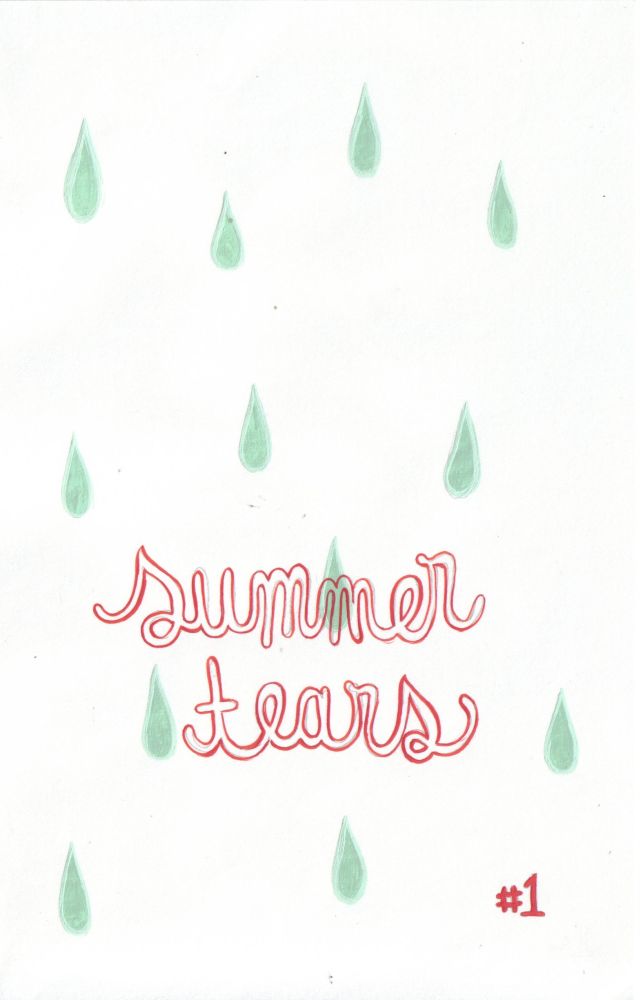 The first issue was released August 2010 and launched at The Portland Zine Symposium.

Summer Tears has been described as being about "heartbreak & hope." Each issue is 12 pages long and monochromatic. The first issue was red, the second will be yellow, and so on. Motifs include fruit, water, and lack of electricity, while the story blurs the line between reality and dream.