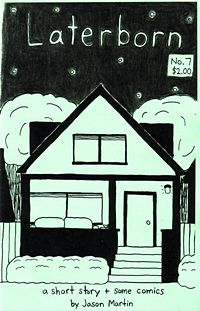 Laterborn is a comic zine by Jason Martin of the San Francisco Bay Area.

Started in August 2004, the zine focuses mostly on autobiographical comics, with occasional fictional short stories. In August 2012 Laterborn #8 was released with 32 pages of comics.