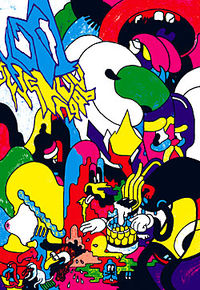 Kuti is a free full colour comic newspaper that is published quarterly and distributed in Finland by Kutikuti and friends. The aim is to provide a publication format for new free form graphic literature and art. Kuti is bi-langual, in Finnish with English translation. Along with the comics, sometimes there are articles included about authors, publications and other phenomenons.

The first issue of Kuti was published in autumn 2006.

The publication is open to open-minded distributors and material can be offered. It is done mostly with voluntary work.

Kuti Magazine is included in the collection of the St. Patrick's Zine Library.