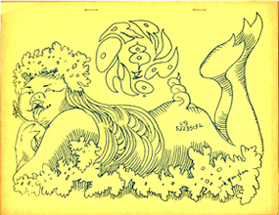 Horrib was a science fiction fanzine by Pat and Dick Lupoff.

Horrib was mimeographed and published in New York City, NY, U.S.A. in the 1960s, and distributed through the Fantasy Amateur Press Association.

The last issue was #13, which was released in May 1969, featuring cover art by Steve Stiles.