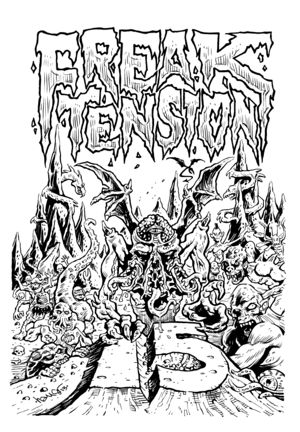 Freak Tension is a zine published annually in Minneapolis, Minnesota, by MP Johnson. It's focused on punk, and features music reviews and band interviews. It also contains nonfiction perzine elements, as well as a small amount of horror or bizarro fiction in each issue. The emphasis is on humor.

Freak Tension has covered a wide array of interview subjects, including the Varukers, H2O, Shelter, the Groovie Ghoulies, John Doe and the Boo-Yaa T.R.I.B.E. It has received positive reviews in Maximum Rock 'N' Roll and Flipside.