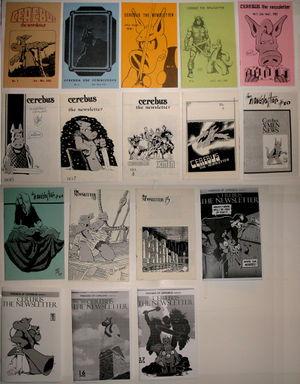 Cerebus the Newsletter is a comics fanzine devoted to the comic book Cerebus the Aardvark by Dave Sim.

It was started in 1981 by Fred Patten, who edited issues #1 through 5. With issue #6 the publisher of Cerebus the Aardvark, Aardvark-Vanaheim, inc. took over and published issues #6 to 13. Issue #13 was published in October 1985. In April 2009, Friends of Cerebus started publishing the fanzine again with issue #14.

Fred Patten had previously edited the fanzines Foofaraw, Salamander, and Lefnui, and was co-editor of Ipso Facto, and Shangri L'Affaires, among many others.