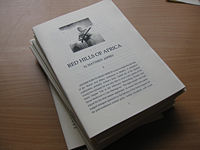 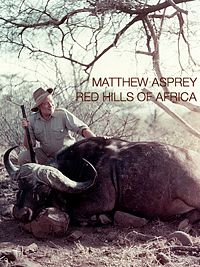 Sydney Samizdat (2009-) is an underground arts zine edited by writer Matthew Asprey in the Inner West of Sydney, Australia.

The title is a tribute to the courageous underground presses of the Soviet bloc and a comment on the Australian Government's increasingly repressive censorship stance. In the tradition of samizdat publications, the reader is asked to pass the package to a new reader after 72 hours.

So far one issue has been produced in a limited edition. The theme of Issue #1 was ‘The Pleasures of Transgression’. The zine package contained a 48-page chapbook and a DVD-R. The chapbook was devoted to Matthew Asprey's novella 'Red Hills of Africa', set in Madrid and Marrakech. The DVD-R featured a 28-minute Australian film called Michael and Michelle (2009) written and directed by Matt Dibbayawan and starring Stephen Peacocke and Bianca Bradey. You also scored a music video featuring a track from Sydney jazz band Trio Apoplectic’s recent album Sofia (Rufus, 2009).

Copies were distributed freely around Sydney's Newtown and also in the Mission District of San Francisco.