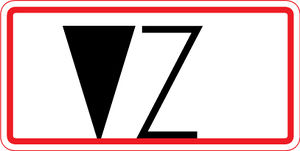 VingonZine (also known as VZ) is a zine from Seoul, South Korea. VZ was created by a South Korean designer Heesun Seo as a part of LSD project.

VZ is a fanzine that talk about anything by everyone. Their concept is to make a design zine that does not have to be by designers, or artists or any other celebrities. Each issue has a theme, and people participate with anything they think it's relevant.

Issue #0 was called the preview issue and was laser printed in color, a5 36 pages in May, 2009. The theme Screw You had different sections, such as screwed photography, screwed internet explorer, screwed monitor, screwed tv & videos, and screwed scanner. As a preview issue, three designers participated (Heesun Seo, Esam Lee, Hyojoo Kim) and showed their various experiments and collections. It was sold at Mixtape party in Hongdae, Seoul in June, 2009.

Issue #1 is the official first issue of VingonZine. It was printed on a a1 size paper, front side black and white, and back side in color, in July 2009. It is folded in 16 sections, and has 32 pages. 16 people participated with their designs, drawings, and writings on what they thought junk is. This issue was also sold at Mixtape party on the same month.