The life and times of Mavis McKenzie 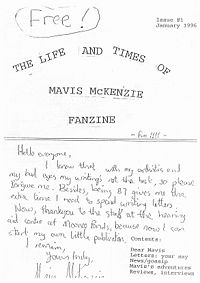 The Life and Times of Mavis McKenzie (1996-) is a zine from Melbourne, VIC, Australia, in which the editor, 'Jason', pretends he is an elderly woman, Mavis McKenzie.

'Mavis McKenzie' sends ridiculous enquiries and outrageous opinion letters to celebrities, local councils, and businesses exercising her civic duty. The responses are often hilarious, showing up the inanity of many bureaucracies systems and celebrity culture, and enables 'Jason' to critique current events and to make fun of "the never-ending procession of dumb celebrities and companies" - 'Jason'. 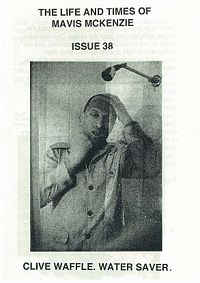