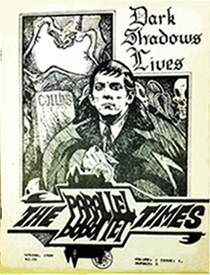 The Parallel Times was a fanzine published by Josette and Patrick Garrison and published by Alternate Shadows.

Contributions of fiction were by Patrick Garrison, and James C. Tyron, among others.

Contributions of art work were by Laura Albrecht, Anne Marie Erental, Jan Dann, Kay Fry, and Robert Nieves, among others.

Poetry came from Patrick Cline, Lorene Milione, and C. Niacastro, among others.

With the help of Jonathan Frid, the group organized a Dark Shadows convention in New York in 1986 called "Manhattan Shadows".