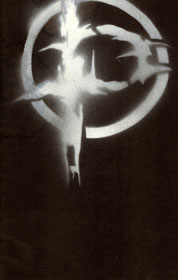 Phalanx was a punk and hardcore zine published by Brian out of Reno, NV, U.S.A. in the 1990's.

Phalanx generally was a mix of perzine and crusty punk. The bulk of the zine was personal stories, travel diaries and rants from the editor in book chapter form, interspersed with crusty punk and tribal artwork. It also included articles and interview with bands like Capitalist Casualties and Amebix and a few pages of zine reviews.