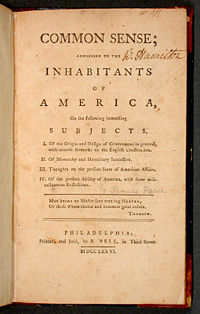 A pamphleteer is a historical term for someone who writes, creates or distributes pamphlets: for example in order to get people to vote for their favourite politician or to articulate a particular political ideology.

A famous pamphleteer of the American Revolutionary War was Thomas Paine. Today a pamphleteer might communicate his missives by way of weblog, but before the advent of telecommunications, those with access to a printing press and a supply of paper used the pamphlet as a means of mass communications outside of newspapers or full-fledged books.