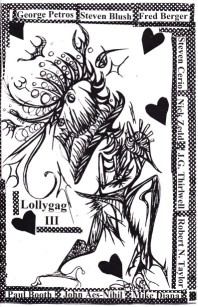 Lehman was born Wytheville, Virginia, and attended the University of South Florida in Tampa. As the first Westerner to graduate from Aomori University in Japan, she earned a BFA degree in Social Sciences.

Lehman relocated to New York City in 2005 and once worked as an exotic dancer, private escort and model.

In addition to Lollygag and Pandora's Box, Lehman has served as Assistant Editor and Contributing Writer on the book Carnivora: The Dark Art Of The Automobile by Les Barany; as Editorial Assistant on the books American Hardcore (2nd Edition) and New York Rock, both by Steven Blush; and as Contributing Editor & Writer for ArtSync magazine.