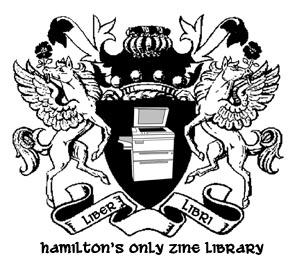 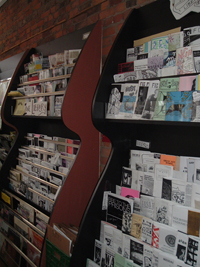 Was located in Hamilton, Ontario Liber Libri was a fledgling zine library two years old when it met its untimely end. It's where archives are largely stocked by the founders collection. Carrying only about 300 titles in its first year which quickly exploded to over 700 titles Liber Libri is no longer open and not actively seeking donations of zines.t

After closing its doors in hamilton the collection was taken to Guelph, Ontario. The collection has now been re organized and re-named the Arrow Archive it is still available to the public and is in the process of being cataloged.