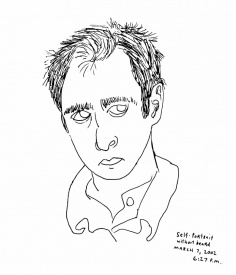 John Porcellino is the creator of King-Cat Comics and Stories (1989-Present).

Porcellino was trained as a painter. In the late-1980's, he adopted a deliberately "naive" style in hopes of making his artwork more accessible.