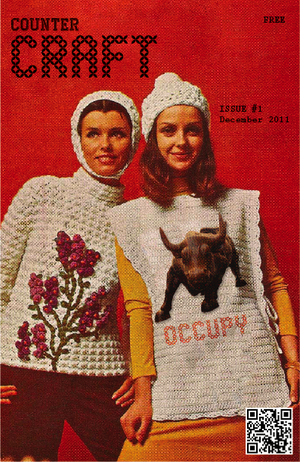 Counter Craft is a zine and website that is part of an ongoing research project that critically explores how art, craft, history and activism intertwine.

The first issue was published in December 2011 and was titled "crafting the occupation" and is available for free online. Issues of Counter Craft were shopdropped in various nationwide chains of book and craft stores. Other copies were printed and sold in Wellington, New Zealand by the Wellington Craftivism Collective.

Table Of Contents of "Crafting the Occupation":