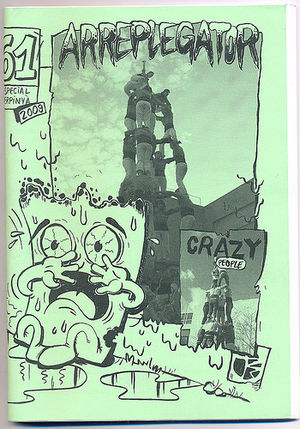 Arreplegator is a free zine about the human towers done by university students in Barcelona. "Human towers" is a old tradition on the zone of Valls, Catalunya, you can know more clicking here.

Published in Catalan. A4 paper fold in a A5 and clamped. First page in green (or similar) and inside, all printed in black and white.

The zine started his publication in the same day the colla (team) was created, on 1995. During all this period the zine has never stopped publishing articles and photos about human towers and other themes about what's happening really at the colla. There are some first numbers published in the web in PDF so you can have a look, or go directly clicking here.

Other Zines about Human Towers 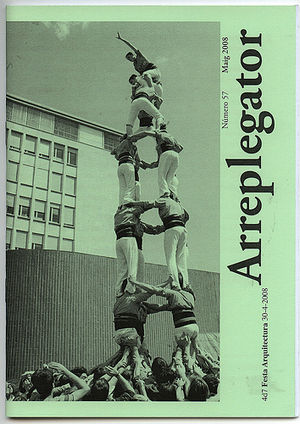 Arreplegator 57 University of Architecture in Barcelona

There are other names used for every specific position within the towers, but these are not shown or used in this article. The information provided here gives a comprehensive overview of the most common terminology and creates a framework for a better understanding of human towers and related activities.