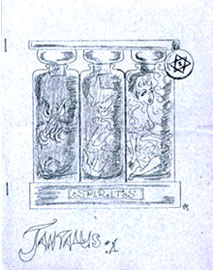 Dean Dickensheet was a member of the Los Angeles Science Fiction Society (LASFS), but he was also involved with Sherlock Holmes fandom, joining the group Don Fitch had started in the 1940s, and later contributing to Ruth Berman's fazine SH - sf Fanthology.