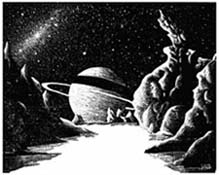 Issue 2 of Perhaps included the article "Witch Hunters of the Atomic Age" by Roger Dard, detailing his experiences with Customs who had seized ninety-eight items from him, which consisted of magazines such as Weird Tales, Famous Monsters of Filmland, Official Detective Stories, and Mad Magazine.

Leo J. Harding was one of the founding members of the Melbourne Science Fiction Group, and Perhaps was one of at least five publications the members created, others being Bacchanalia, Etherline, Question Mark and Antipodes, all made possible by Amateur Fantasy Publications of Australia.