Difference between revisions of "Miriam Dyches/Carr/Knight/Lloyd" 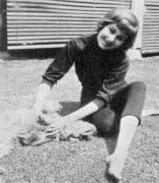