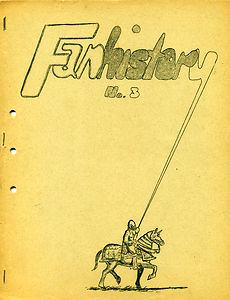 At least three issues of this title appeared in the 1950s. It was a mimeographed fanzine on Twiltone paper.