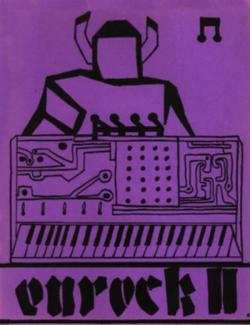 Eurock is a fanzine by Archie Patterson.

Eurock started in 1973 as a spinoff to Patterson's radio show. It featured European experimental music groups, particularly bands from Germany such as Amon Duul, Can, Faust, Guru Guru, Kraftwerk, and Tangerine Dream and, later, bands and musicians such as Heldon, Magma, Osanna, Plastic People, Rascal Reporters, Savage Rose, and Sven Grünberg. Between 1973 and 1993 45 issues were released, with Eurock eventually becoming also a distributor of music and a record label.

Featured interviews were with Holger Czukay, among others.