Difference between revisions of "Dark Fantasy" 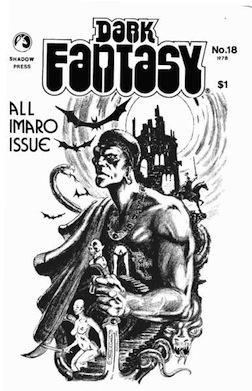 Dark Fantasy is noted for featuring the first publication of the "Imaro" stories of Charles Saunders. The lack of black protagonists and the stereotyped portrayal of black characters in heroic fiction, combined with a love of African culture, history and mythology, inspired Sauders to create the "Imaro" character and stories. Several issues featured these stories, and issue 18 was the "All Imaro Issue".