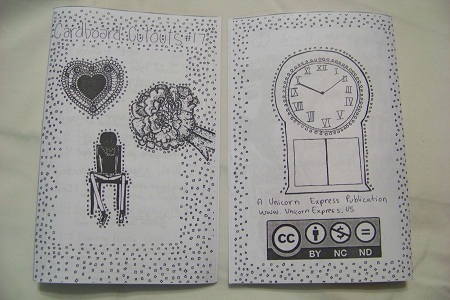 Cardboard Cutouts is a zine made by Californian zinester, Julie Vee. It is a compilation / personal / humor zine. Sometimes the issues have themes.

Issue 18 is in the works and will be themed "INFP" based off of one of the 16 Myers-Briggs personality types.

In the past issues have been released in a very erratic manner, but future hopes are to release it quarterly.